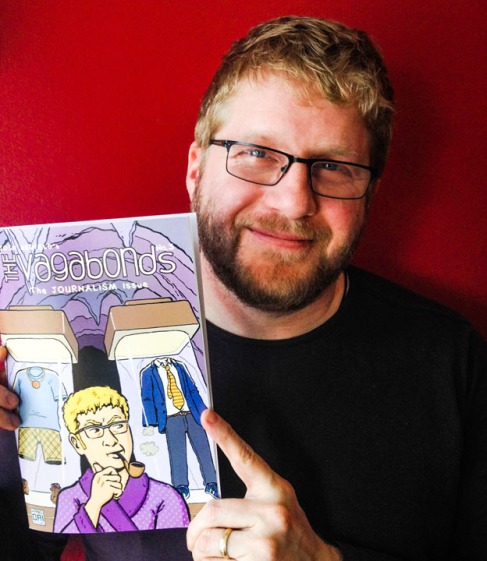 Josh is known for his graphic narratives of political and social upheaval, told through the voices of witnesses.  He is the author of A.D.: New Orleans After the Deluge (Pantheon). In addition, he is the illustrator of The Influencing Machine: Brooke Gladstone on the Media (W.W. Norton). He was a 2013 Knight-Wallace fellow in journalism at the University of Michigan. Neufeld won the Xeric Award for his first book, a collection of autobiographical travel stories called A Few Perfect Hours. He lives in Brooklyn.

For his first release through HANG DAI Editions, Josh Neufeld’s solo title THE VAGABONDS returns after an eight-year hiatus! THE VAGABONDS #3 Featuring comics journalism pieces on such topics as Hurricane Sandy, the Arab Spring, the education wars, and much more. 24 pages, full-color.

THE VAGABONDS #3 will debut at MoCCA Arts fest in NYC.

A few words from Josh:

“I’m so excited to be joining forces with Dean, Seth, and Gregory at Hang Dai Editions.

I’m also really glad to be able to revive my solo series The Vagabonds (previously published by Alternative Comics) after an eight-year “hiatus.” It’s really nice to have a place to collect assorted pieces of mine from the last few years, as well as have a venue for new work.

I’ve spent the last half-decade or so in the trade books graphic novel arena, publishing A.D. with Pantheon and The Influencing Machine with W.W. Norton. As wonderful as it was to work with those major publishers, I really missed the world of alternative comic books and indy shows.

What draws me to Hang Dai is the emphasis on creator-owned publications and personal interactions with readers. There was a great quote from an interview with the HDE guys that went like this: “You’ll get the books made by hand from the hands of their creators, which puts the ‘artist’ back in ‘comic arts’ and puts you, the reader, in a position to engage directly with creators.” I cut my teeth in this business through self-publishing, and it’s refreshing to go back to my DIY days.

As many know, my professional relationship with Dean goes back to Keyhole, the two-man anthology we produced in the mid-1990s. (We’ve actually been friends even longer than that — back to our high school days producing superhero comics!) So it’s awesome to join forces with Dino again; as well as with Gregory and Seth, who I’ve also known in the industry for quite a while. 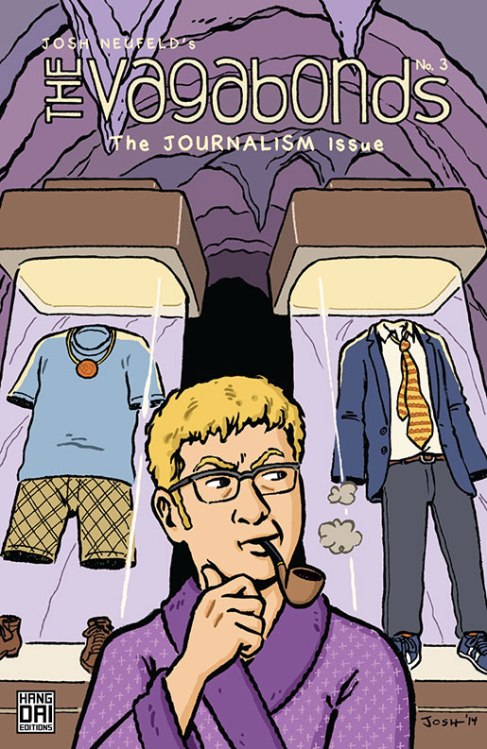 HANG DAI Editions was founded in NYC by Gregory Benton, Dean Haspiel, and Seth Kushner over their mutual dedication to comix art. The imprint focuses on limited edition comix, graphic novels, and art books, with an emphasis on personal interaction at events, conventions, and signings.
View all posts by hdeditions →
This entry was posted in Uncategorized and tagged Josh Neufeld. Bookmark the permalink.